(This feature is only available on Paid Accounts)

The Move/Copy Annotations command enables to move or duplicate Annotations and Hotspots between 360s of your choosing. It also optionally allows you to update any Navigation Hotspots that were linking to one 360 to link to another 360:

These features are useful together if you are creating multiple versions of the same image (e.g. iterating in response to feedback, etc.) and need to replicate the same set of annotations/hotspots to the latest imagery. In the past you would have had to re-create each hotspot by individually, as well as update any Navigation Hotspots residing in other 360s to point to the new version of the image.

Moving/copying starts by opening the 360 that you want to move or copy Annotations/Hotspots to. From there you will select the source of the Annotations. Note that currently you can only Move/Copy Annotations to/from 360s which you own. 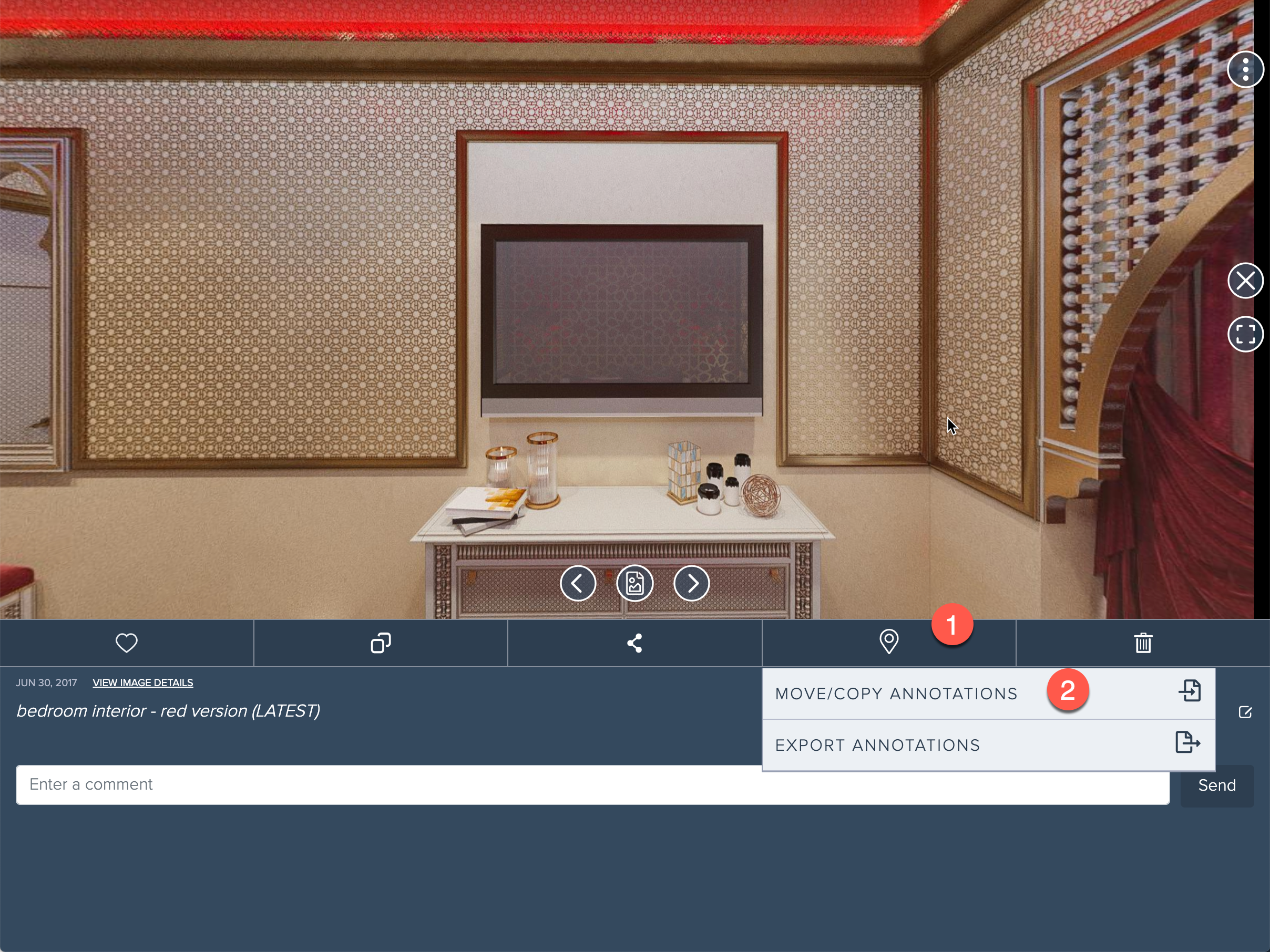 3. You will get a prompt to start the Move/Copy process; it will then ask you to Select the source 360 (i.e. the 360 with the annotations or hotspots you want to move or copy). 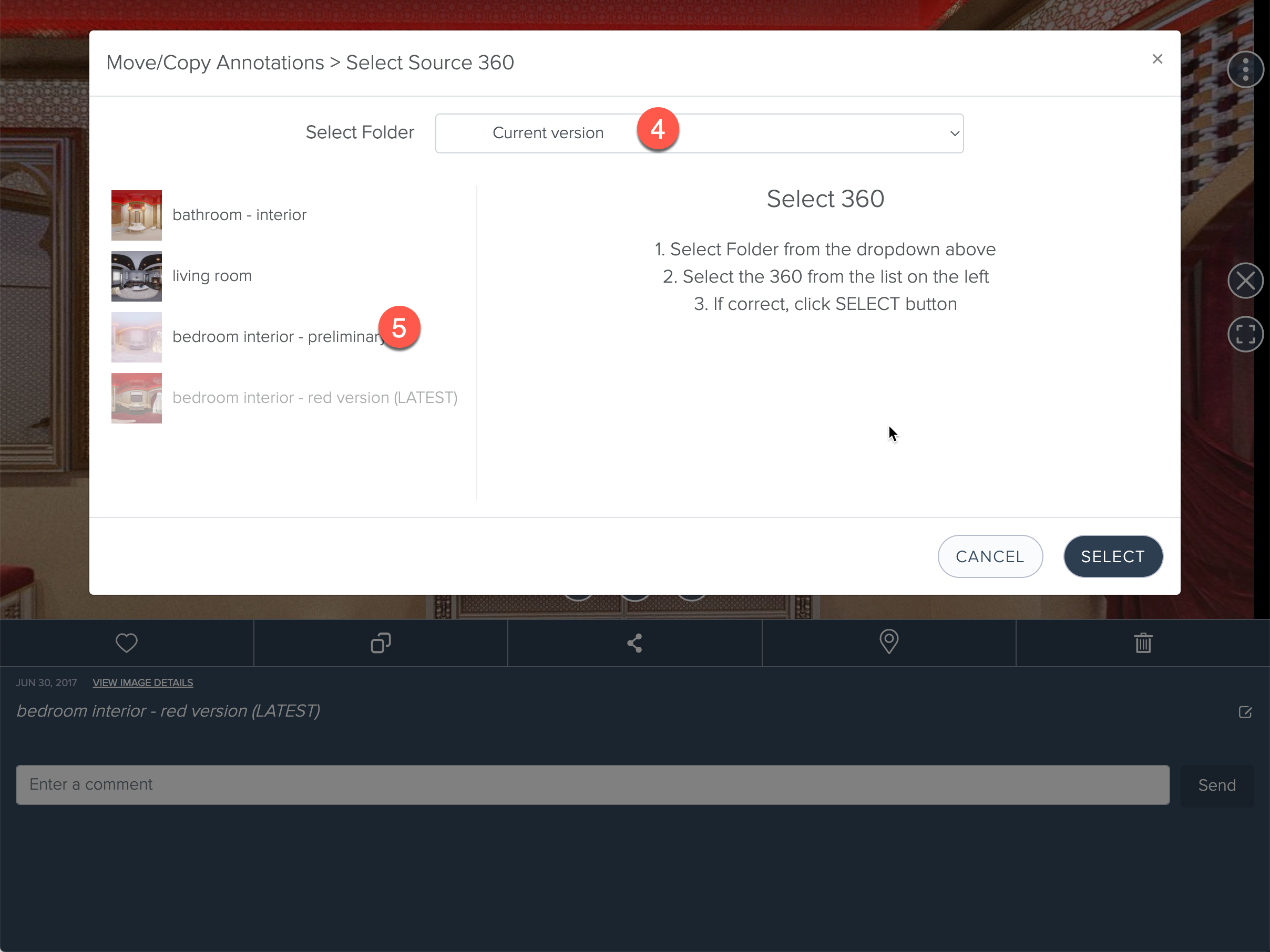 4. Select the source by first selecting the Folder the 360 is in (if you haven't created any Folders, everything will be in the "Momento360" folder)

5. Click on the 360 thumbnail to select it. It will appear in the main panel. Clicking on the large image will open that 360 in a separate tab so you can make sure it's the right one. 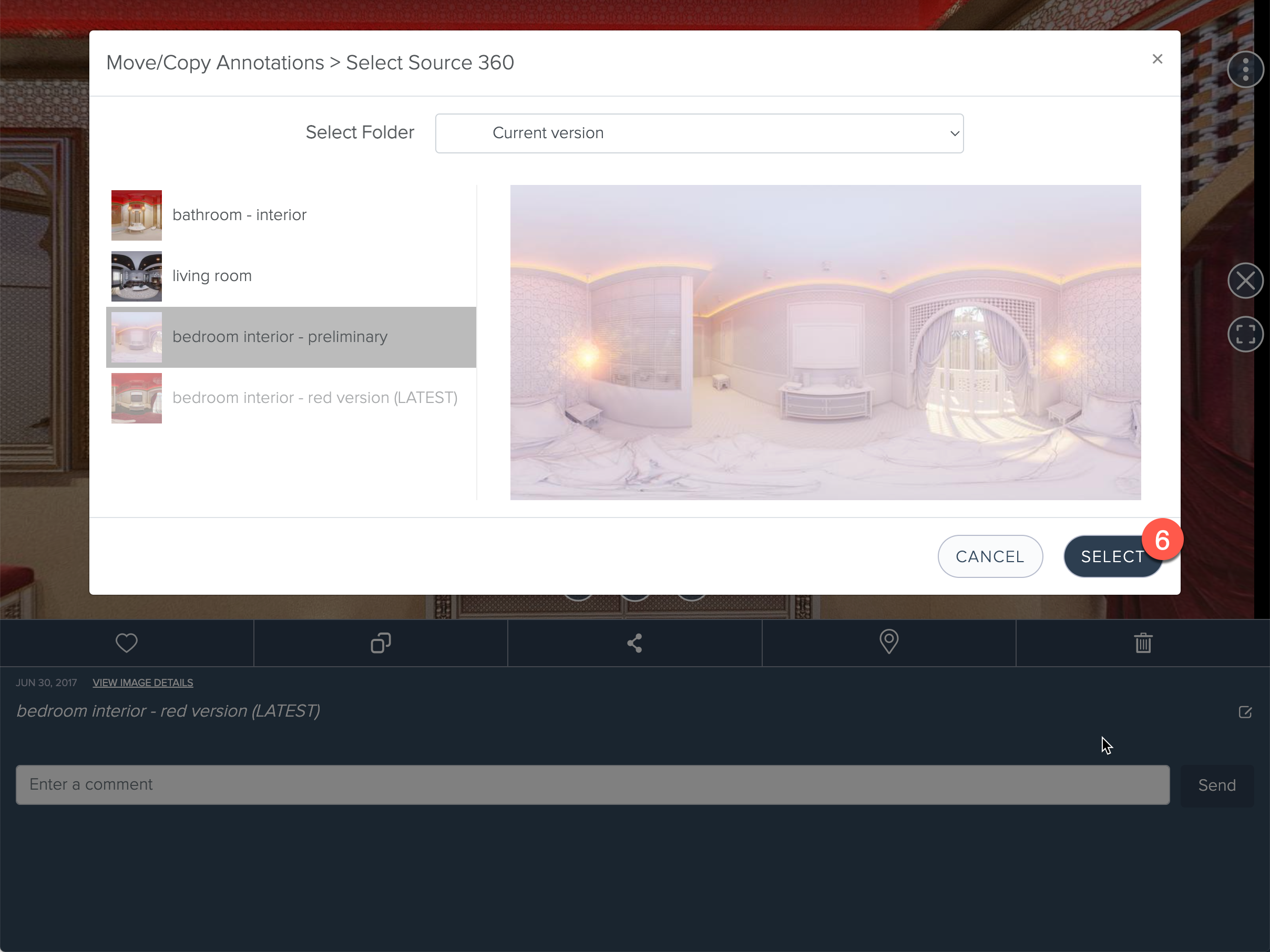 Next, you'll be able to set whether to move or copy, and whether to update navigation hotspots: 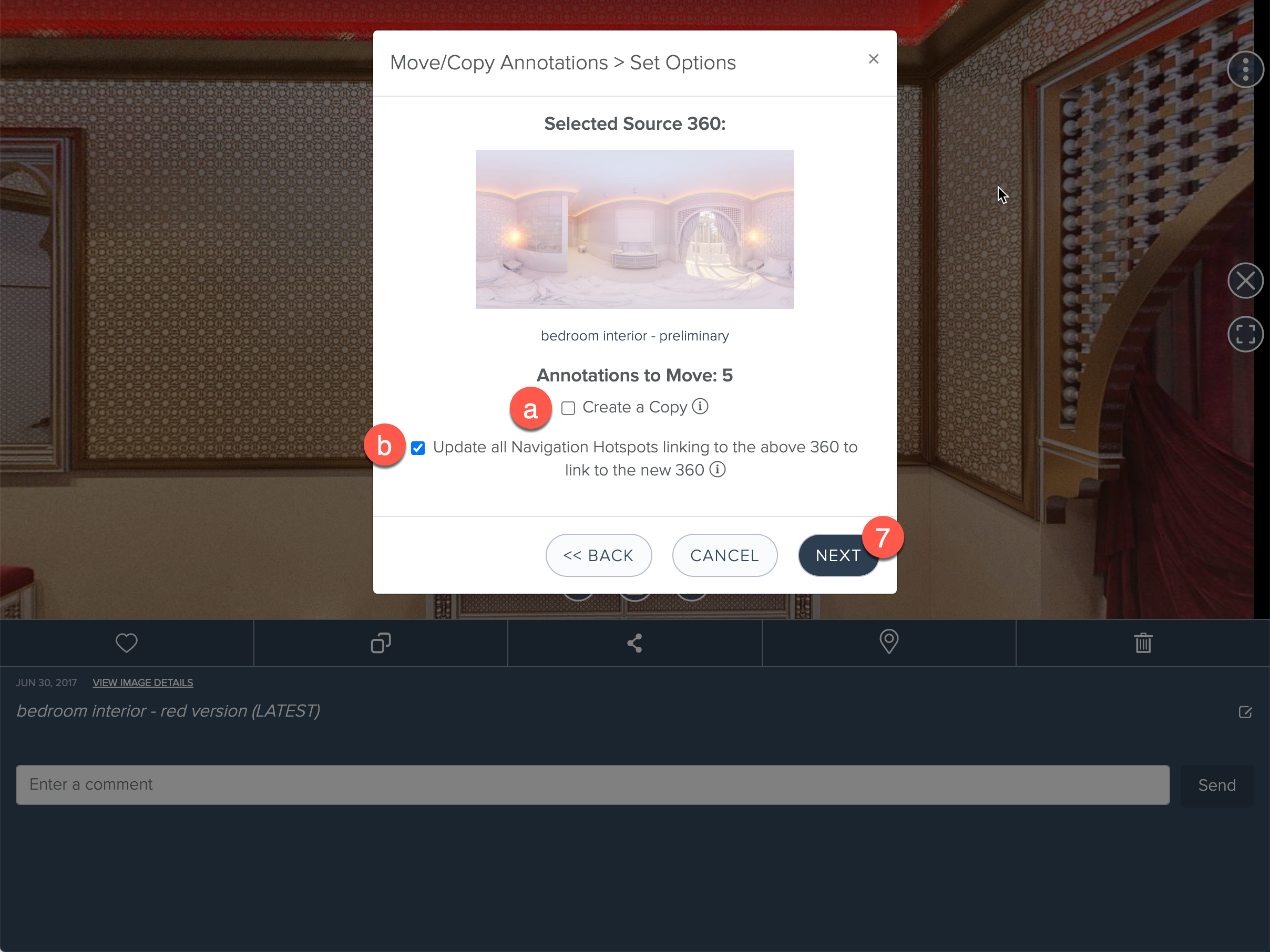 a. If checked, "Create a Copy" option creates a duplicate set of annotations (instead of moving the annotations). The default is to Move.

7. Click the Next button to proceed to the a confirmation summary. 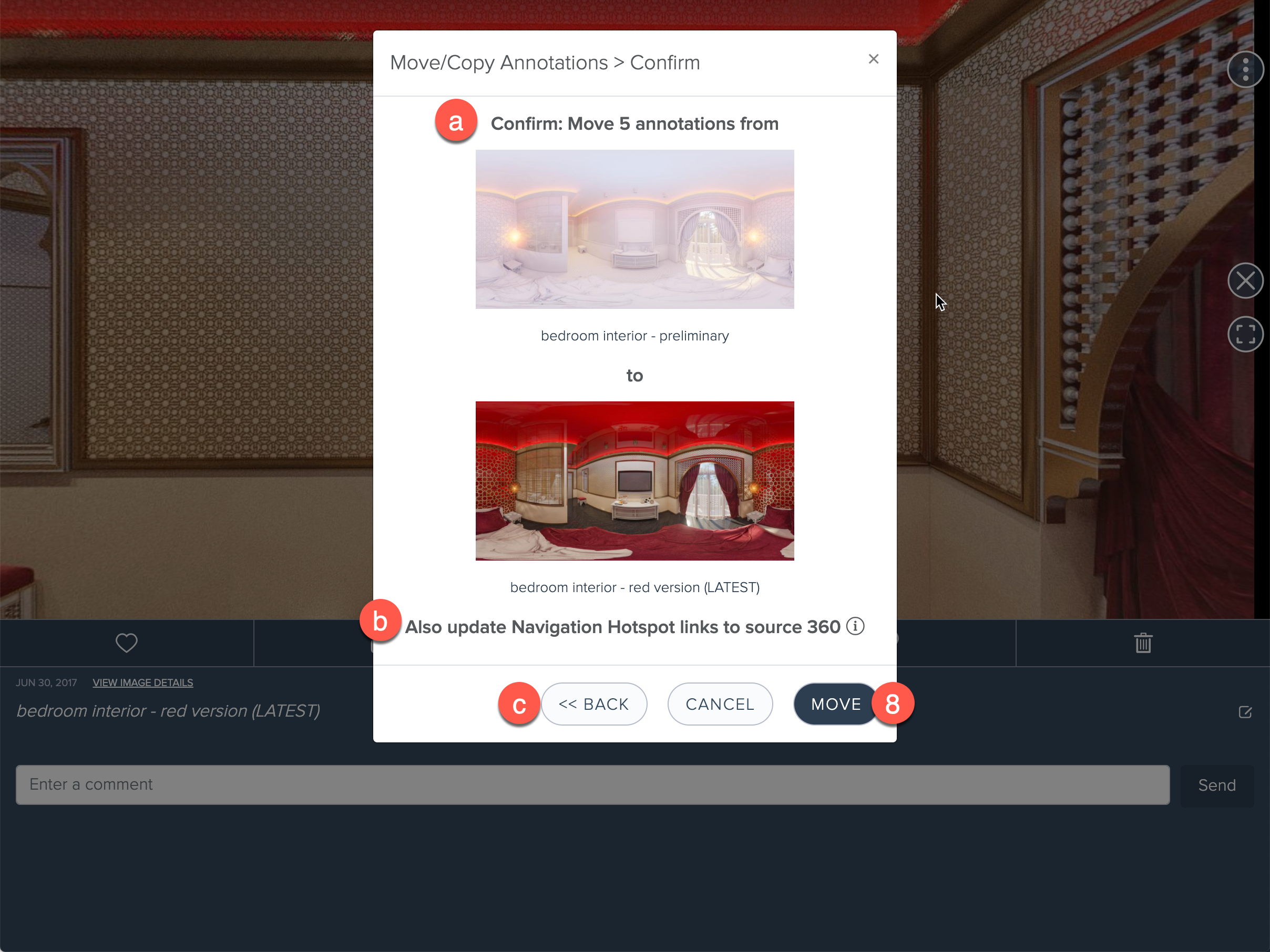 Review this screen before finalizing the operation:

a. Make sure the Move or Copy command is what you want, and the correct number of annotations is listed

b. If you have checked the Update Navigation Hotspots command, it will also display confirmation here. (This line will not be there if you unchecked on the previous screen).

c. If any options are incorrect, click the "Back" button to go back to the Options screen.

8. Click the "Move" or "Copy" button to execute the command. You will get a confirmation screen after the operation completes, which should not take very long. 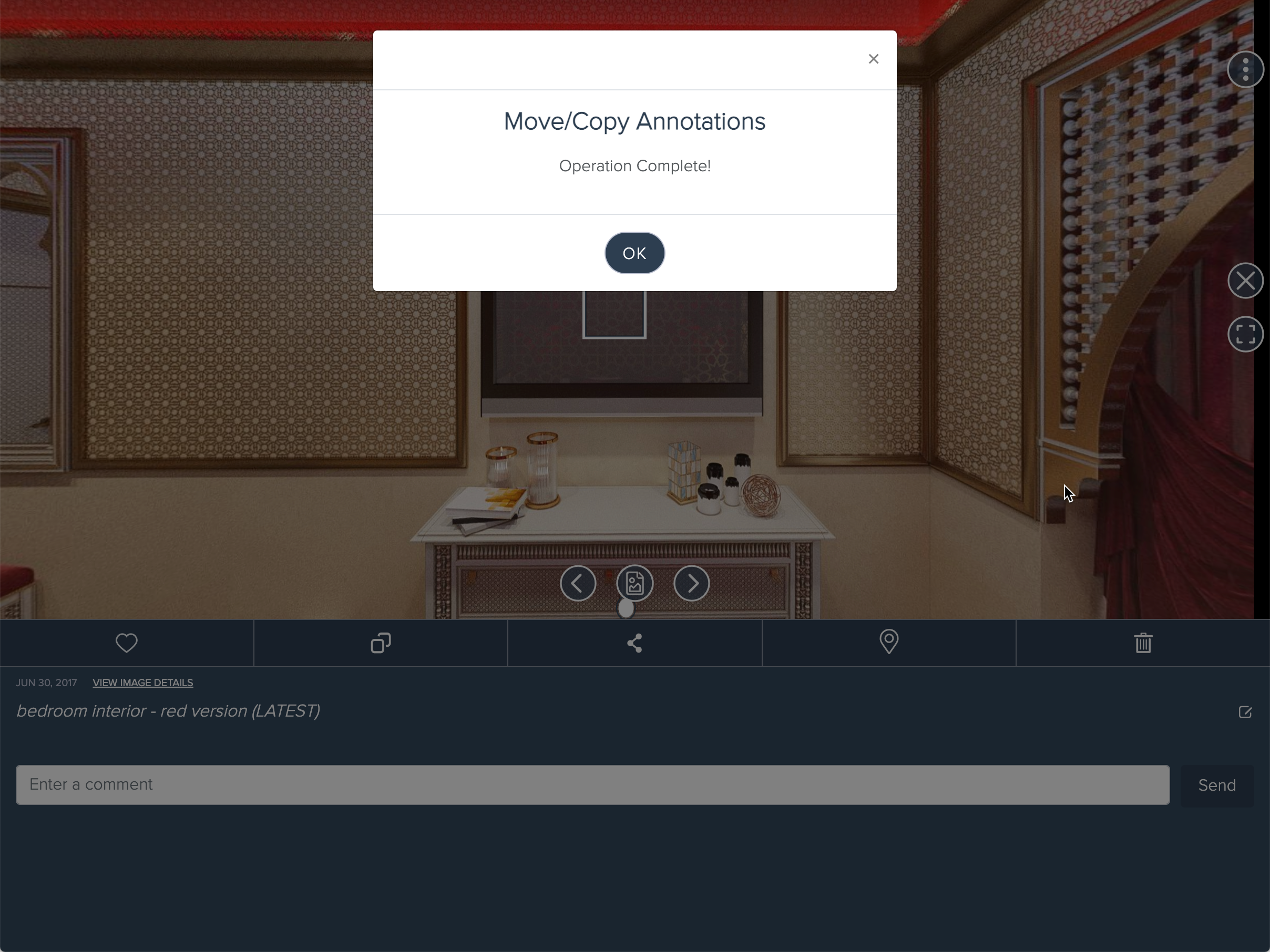 Did this answer your question? Thanks for the feedback There was a problem submitting your feedback. Please try again later.
Last updated on August 12, 2022